For Marlee Stamation, taking over a business with her husband George was a daunting prospect, but it’s one that has paid off for the pair and their young family.

The Stamations bought Sunraysia Locksmiths in 2017 and, while Marlee admits becoming their own bosses has its stressors, George was more than ready to take on the task.

“For me it was it was big leap of faith, but in saying that, George has worked so hard to get to a position to work for himself,” Marlee says.

“The benefits of taking over an existing business were that we already had the clientele. We didn’t have to start from scratch. When handover came we had jobs ready to go.”

Sunraysia Locksmiths is a local, family run locksmithing business, but they don’t just do key cutting.

It’s the evolution of new technologies and the challenges they bring that keep George driven after 13 years in the industry, as he now passes on his knowledge to his apprentice, Abe.

Sunraysia Locksmiths customers have come to love and expect friendly service from the team, who are knowledgeable and fully trained.

Why did you choose Mildura City Heart?

“We were lucky enough the previous owners had chosen Mildura City Heart but it is in the centre of everything.”

Other than your own store, what is your favourite shop within Mildura City Heart?

“I love Frankie Fox, which is a children’s boutique shop actually next door to ours. Kylie (the owner) is such a wonderful person and when you have two little boys to buy for, it’s great. My eldest will go and spend hours with Kylie just playing in there.”

What does shopping local mean to you?

“That you’re supporting hard working local people and their families. I know our own family is very grateful for everyone who chooses to support local and support us.” 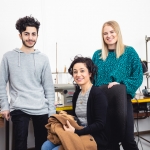 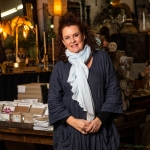